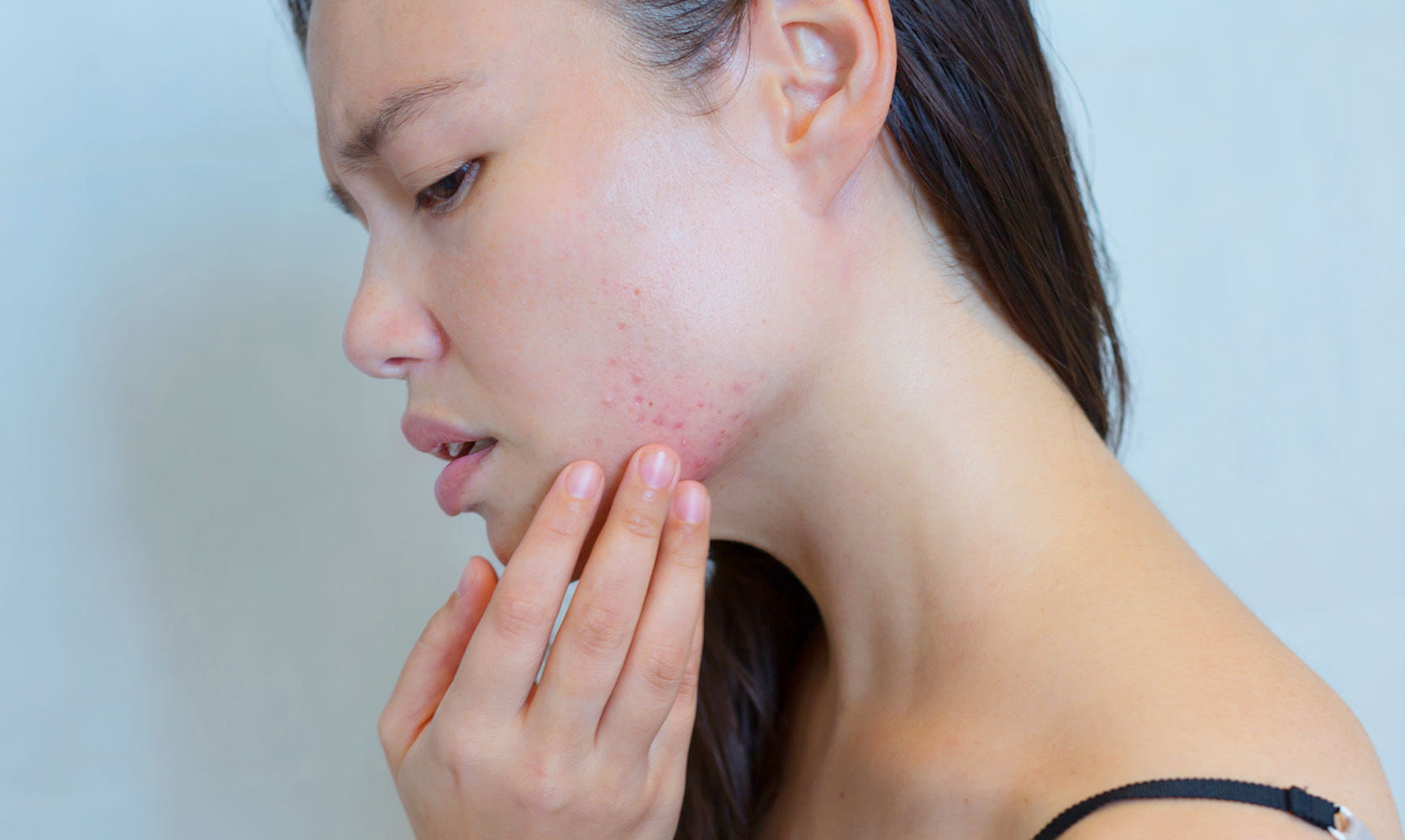 Starting a new skincare routine isn’t always easy, especially when you’re introducing multiple ingredients you’ve never used before, not knowing how your skin will react. If you’ve ever been excited to start a fresh skincare routine, only to have the wind taken out of your sails by what seems like a sudden acne breakout, you’re not alone. This experience is often a form of skin purging, one of the unfortunate effects your skin has to deal with when you introduce new active ingredients to your routine.

What is skin purging?

Skin purging, also known as acne purging, is what happens when an active ingredient boosts the rate at which your skin cells shed and regenerate with the goal of ultimately uncovering the fresh skin cells that have yet to be exposed to daily dirt, grime and excess oil (sebum). Naturally, the rougher skin on the surface has been exposed to that dirt and sebum, so in the process of turning over the skin cells, all the pore-clogging, pimple-causing flakes rise to the surface first before ultimately being removed.

This process can be completely normal. It can also be common when introducing retinoids, a family of products used to fight acne. Retinization, a type of skin purging specific to retinoids, may occur for the first few weeks of treatment before subsiding.

Exfoliating acids and facials that include chemical peels may also lead to skin purging. At its core, skin purging is a reaction to speeding up the natural exfoliation process so you can get to the fresh skin underneath. So, formulas that contribute to the removal of dead skin cells will often trigger some form of skin purging before the fresh, clear skin emerges.

Skin purging won’t look exactly the same for all people or all skin types, but there are common signs to look for. Breakouts of whiteheads and blackheads, particularly in places you normally experience breakouts, are the telltale sign. Dryness and redness can also be common in instances of retinization.

It’s important to be able to distinguish between skin purging, breakouts or even negative reactions to products you are introducing to your skin.

Breakouts are a big part of what we all try to cut down on through our skincare routines, while skin purging is like a really intense breakout following the introduction of a new ingredient to your routine. But don’t get discouraged if you experience skin purging. It’s the body’s natural response to the formulas you are using to limit breakouts. And it serves a vital function as what’s inside must come out! On the other hand, bad reactions such as allergies to an ingredient don’t serve a purpose, are often the result of sensitivities to specific ingredients and should be dealt with as quickly as possible. If you think you are experiencing an allergic reaction, stop use and consult a doctor.

Skin purging will most often take place in areas you already experience breakouts. Additionally, pimples from skin purging often disappear faster than standard pimples from breakouts. So, while it’s unfortunate that so many products pack a built-in adjustment period, at least the pimples you may experience during the adjustment may often come and go quicker than usual.

Reactions may occur in different areas you aren’t used to breaking out. If you frequently experience acne breakouts only around your nose and chin, but find your forehead breaking out or irritated after introducing your skin to a new product, it could very well be the result of a reaction. When this happens, it’s best to stop using the new product as soon as possible. When it comes to skincare routines, your skin knows what’s best for you, so you should always listen to what it tells and shows you.

How to treat skin purging vs breakouts

When you start to experience skin purging you may be tempted to leave the recently-introduced formulas behind to escape the side effects. But the most important thing to do is to push through and reach the other side!

In the case of the ProactivMD® 3-Piece System, which includes a powerful retinoid called Adapalene Gel, the retinization period typically subsides around the fourth week of treatment. That’s when the true acne-attacking effects of the formula can be felt. It helps restore a more even skin tone and texture by fighting breakouts, and reduces redness and inflammation from acne. In order to access the benefits, you have to power through the skin purging, but your skin will feel healthier and fresher for all your hard work!

You can also limit your routine, at first, to the simple, gentle basics – like a cleanser and moisturizer. This is where the 3-piece portion of the ProactivMD 3-Piece System really helps your skin shine. It comes with the Ultra-Gentle Cleanser to gently cleanse your face, and it also comes with the Ultra-Hydrating Moisturizer to help alleviate dryness.

It’s also important to note that, as always, picking at the acne should definitely be avoided, and may only make the skin purging last longer or even turn breakouts into permanent scarring.

Thankfully, if you’ve fought through the skin purging adjustment period, you’re most likely already set up on a brand-new acne treatment system that will help you fend off future acne breakouts as you’ve successfully purged the excess dirt, oil and other gunk that was clogging up your pores and your proactiv system will help keep your pores clean going forward!

For more information on dealing with standard breakouts, check out how to prevent pimples.

Remember that skin purging is a common effect that comes with most active ingredients and is sometimes the first step toward that clear skin you’ve always dreamed of. It’s crucial to stick with your routine to allow your skin cells to turn over and the ingredients to do their jobs. If you’re looking for a new acne treatment and are unsure which might be right for you, proactiv has three proven acne treatment systems to try.